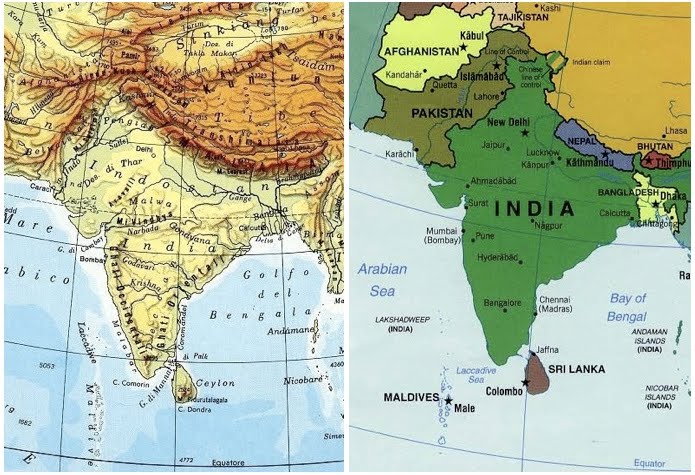 Amnesty International calls for the immediate and unconditional release of Dr CK Raut who was charged with sedition on 8 October 2014 under Nepal’s Crime against State and Punishment Act 1989. He faces the possibility of life imprisonment.   CK Raut was first arrested and detained without charge on 14 September 2014 following his participation in a public rally in Morang. In his speech, he called for the right to secession to be enshrined in Nepal’s new constitution. He was arrested without a police warrant on his way home from the rally and subsequently charged under the Public Offence Act for his alleged involvement in “anti-national activities” and a campaign for an “independent Madhes.” He undertook an 11-day hunger strike in protest.   Following the arrest, there were reports of clashes between police and demonstrators supporting CK Raut. Media reports at the time indicated that at least six people were injured in Bharadaha, Saptari, and four protestors were arrested in Siraha.   Amnesty International sent a formal letter to Nepal’s Minister of Home Affairs on 18 September 2014 calling for CK Raut’s release and expressing concern about the police’s alleged excessive use of force against protestors. A month later no response has been received from the Government of Nepal.   The arbitrary arrest and detention of CK Raut on the basis of his peaceful expression of his political views is a breach of his right to freedom of speech as enshrined in Article 7.7.1 of the Interim Constitution of Nepal; it is also a violation of Nepal’s international obligation to guarantee freedom of expression.   The sedition charges later brought against CK Raut by Nepal’s Special Court are of particularly grave concern, not only because they violate his right to freedom of expression, but because they carry such a heavy sentence which appears designed to deter others from exercising their right to freedom of expression.   The Government of Nepal has an obligation not only to protect the right to freedom of expression, but also the right of others to receive information and ideas. The apparent attempt to silence CK Raut undermines the prospect of an open debate among all communities in Nepal about the country’s proposed federal structure.
Pubblicato da Amnesty International Coordinamento Sud Asia a 10:12 Nessun commento:

PAKISTAN - Appello per Asia Bibi, condannata a morte per blasfemia.

MALDIVES - Amnesty International: BRING TO JUSTICE THOSE BEHIND ABDUCTIONS, DEATH THREATS AND VIOLENCE.

The Maldives police must intensify efforts to find those responsible for death threats, abductions and violent attacks against journalists, politicians and civil society activists in recent months, and bring them to justice.
The death threats and attacks are allegedly the work of vigilante groups who want to stop people making comments critical of Islam.
Threats, abductions and attacks
In June this year a vigilante group abducted several young men, held them for hours, ill-treated them and warned them not to promote “atheism”. Even though the identities of some of them are allegedly known to the abductees and the incident was brought to the attention of the police, so far the Maldives police has not announced that an investigation is underway.
At least 15 journalists reported receiving anonymous death threats for reporting on this incident. One such death threat read: “[We] will kill you if you keep writing inappropriate articles about gangs in the media.”�
Another journalist and blogger who reported on the abductions and the activities of vigilante groups in the Maldives, Ahmed Rilwan Abdulla, went missing on 8 August 2014. He is feared to have been abducted and has not been heard from since.
In 2012, Rilwan had been sent death threats for his coverage of the attack on blogger Ismail Hilath Rasheed. Hilath was stabbed and seriously injured in 2012, and had also been attacked in 2011 for advocating religious freedom.
Since Rilwan’s abduction, others including journalists, politicians from the opposition Maldivian Democratic Party (MDP) and human rights activists have reported receiving anonymous text messages stating that they would be next to be abducted or be killed.
For example, on 18 September, MDP spokesperson Imthiyaz Fahmy received a message which read “We will kill you all. God is great.”
Mohamed Nasheed, a former president who leads the MDP, has frequently spoken about the death threats he and members of his party receive.
Eva Abdulla, an MDP MP, has raised similar concerns about the personal safety of MPs and journalists. She said a death threat recently sent to her and several other MPs read: “Don’t bring out your children on the streets these days. Stabbing season is about to begin. [We] will kill you.”
Media outlets and MDP buildings have not been spared the threats and attacks. Journalists from Minivan News, Raajje TV and Haveeru newspaper received threats that they would be attacked for writing against the vigilante groups.
On 25 September, a machete was lodged into Minivan News’ office door. A person – whose identity was widely known, including by staff at Minivan who shared this information with the police – was seen dismantling a CCTV camera outside the office before the incident happened.
On 26 September, the MDP’s office was set on fire after it had been vandalised.
These attacks followed the publication of a private investigation by a consultancy firm that implicated “radicalised criminal gangs” in Rilwan’s abduction. The report was commissioned by an NGO, the Maldivian Democracy Network.
After Haveeru covered the attack on Minivan News, a Haveeru journalist received the following death threat: “You will be done for if you write the name [of the suspect arrested]. Keep that in mind.”
Impunity
Weeks later, the authorities have so far failed to find those responsible for these death threats and attacks despite persistent claims from civil society activists that the identity of some of the alleged perpetrators is not difficult to establish from victims’ testimonies or documentary evidence, such as video footage.
The Maldives police have been accused of not taking Rilwan’s case seriously. Rilwan’s family expressed serious concern in the weeks following his abduction that the police were slow to investigate, especially during the first few days after he had gone missing. Four men were eventually arrested in relation to the case; two were released from custody without charge and one has been placed under house arrest. There is as yet no statement from the police as to what exactly happened to Rilwan on the night of his disappearance.
Furthermore, while the trial of the alleged killers of Member of Parliament Dr Afrasheem Ali in 2012 continues, no one has been brought to justice for the 2011 and 2012 attacks on blogger Ismail Hilath Rasheed. Afrasheem Ali was stabbed to death after voicing support for open debates on religious issues. Both men had received death threats prior to being attacked.
The Government of the Maldives is obliged under the international human rights instruments it has ratified to ensure the security and physical integrity of all persons. In particular the International Covenant on Civil and Political Rights and the International Convention for the Protection of All Persons from Enforced Disappearance, require ensuring the protection of all people from abductions, death threats and attacks.
Amnesty International urges the Maldives police to carry out prompt and rigorous investigations into all reported abductions, death threats and attacks and bring those responsible to justice.
http://www.amnesty.org/en/library/asset/ASA29/002/2014/en/1d58b73c-e19c-4342-b53e-aa9b337f8aeb/asa290022014en.html
Pubblicato da Amnesty International Coordinamento Sud Asia a 10:55 Nessun commento:

An open forum titled ‘Silencing Dissent: The Abduction of a Young Journalist in the Maldives’ is due to take place in Melbourne, Australia tomorrow (October 9) to raise awareness about the disappearance of Minivan News journalist Ahmed Rilwan.
The event was organised by a group of concerned Maldivians residing in Australia and will be held Thursday 7:00pm Australian time at the Victoria College of the Arts, according to a press release from the #FindMoyameeha campaign.

GUARD SHOOTS MENTALLY ILL PRISONER
Blasphemy prisoner Mohammad Asghar has been shot and wounded by a prison guard in Pakistan. He is recovering in hospital, but his lawyers fear he is still in danger of being killed.
A prison guard shot 70-year-old Mohammad Asghar in the back on 25 September in an apparent attempt to kill him. He is in a stable condition in a local hospital. The attacker has been arrested and charged with attempted murder by provincial authorities, and eight other prison guards have been suspended.
A British national of Pakistani origin, Mohammad Asghar was diagnosed with paranoid schizophrenia in the UK in 2010, after which he moved to Pakistan. He was convicted of blasphemy in 2014 and sentenced to death. Despite his diagnosis in the UK, the Court ruled that Asghar was sane. He is now on death row at Adiala jail, in the city of Rawalpindi, Punjab province.
Present in the same prison block as Asghar at the time of the shooting was Zaffar Bhatti, a Christian pastor who has been on trial for blasphemy since 2012. Both men have denied the charges. Initial media reports wrongly suggested that Bhatti had been shot and killed in the same incident. The two men’s relatives and lawyers say they are still at serious risk of being attacked and killed. In the past 15 years, dozens of people from different religious communities, including Muslims, have been attacked and killed after being accused of blasphemy.
Blasphemy carries a potential death sentence under Pakistan law. Amnesty International opposes the death penalty in all circumstances and for all crimes, considering it to be a violation of the right to life and the ultimate cruel, inhuman and degrading punishment. International standards also state that the death penalty must not be imposed against people with mental illness.
Please write immediately in Urdu, English or your own language:
Calling on the authorities to ensure that the charges against Zaffar Bhatti are dropped, that the conviction of Mohammad Asghar is overturned, and that both men are released, and their safety guaranteed;
Urging them to ensure that all those responsible for the attack on Mohammad Asghar are brought to justice in fair trials without recourse to the death penalty;
Urging them to reform or repeal the blasphemy laws, which target Muslims and religious minorities alike, as they violate the rights to freedom of expression and freedom of thought, conscience and religion;
Calling on them to establish an immediate moratorium on all executions and commute all death sentences with a view to abolishing the death penalty, emphasising that the death penalty is a violation of the right to life and the ultimate cruel, inhuman and degrading punishment.
PLEASE SEND APPEALS BEFORE 14 NOVEMBER 2014 TO:
�
Prime Minister
Nawaz Sharif
Prime Minister House, Pakistan
Secretariat, Constitution Avenue
Islamabad, Pakistan
Fax: +92 51 922 0404
Email: pmmediaoffice@gmail.com
Salutation: Dear Prime Minister
Chief Minister, Punjab Province
Mian Mohammad Shahbaz Sharif
Chief Minister’s Office
7, Club Road, GOR I Lahore, Pakistan Fax: +92 42 992 04301
Twitter: https://twitter.com/CMShehbaz
Salutation: Dear Chief Minister
And copies to:
Minister of Law, Justice and Human Rights
Pervaiz Rashid
Room 305, S Block, Pakistan Secretariat Islamabad, Pakistan
Fax: +92 51 921 0062
Email: contact@molaw.gov.pk�
Also send copies to diplomatic representatives accredited to your country. Please insert local diplomatic addresses below:
Name Address 1 Address 2 Address 3 Fax Fax number Email Email address Salutation Salutation
Please check with your section office if sending appeals after the above date. This is the second update of UA 23/14. Further information: http://www.amnesty.org/en/library/info/ASA33/004/2014/en
Pubblicato da Amnesty International Coordinamento Sud Asia a 08:29 Nessun commento: 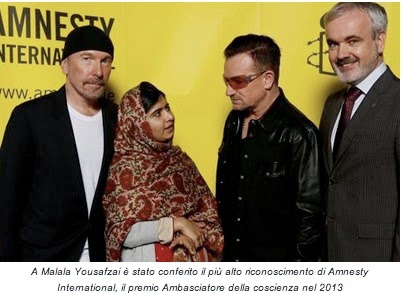